Politicians must act for adaptation projects to deliver 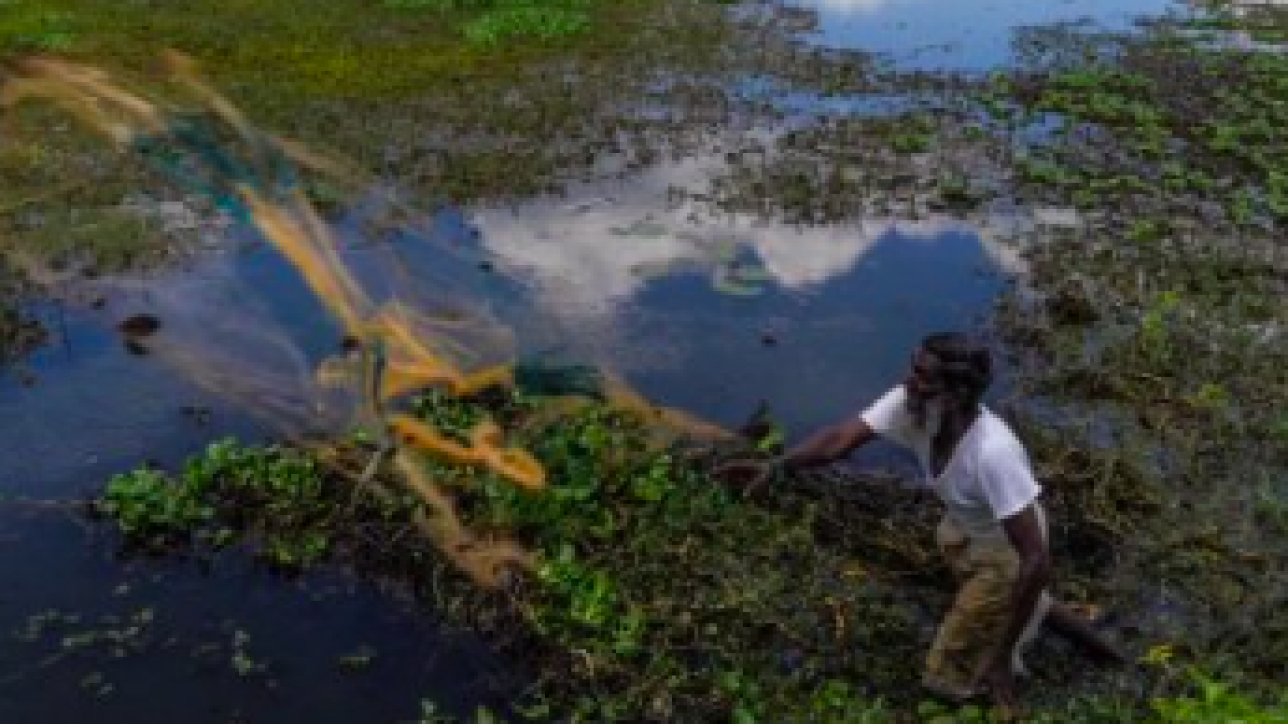 Climate change is no longer a threat in the distant future. It is here now and we need to adapt to the challenges it brings.

Unprecedented wildfires in California, crippling droughts across the Horn of Africa, deadly storms and floods in the Bahamas and Japan – recent headlines give us a taste of what climate change has in store for humanity.

However, not all countries are affected by climate change at the same scale. Nations in less developed regions in the Global South are not only hit first but also hardest by the impacts of climate change.

Asia and the Pacific is the most disaster-prone region in the world. Its geography makes it highly susceptible to rising sea levels and weather extremes. With some communities scattered across archipelagos, scaling up climate action can be problematic.

Africa is another region at its tipping point. Changing weather patterns pose an existential threat to the poverty-stricken region. Water shortages could significantly reduce crop yields and put large parts of the population at risk of undernourishment.

The Arab states are not faring much better. In addition to widespread conflict and displacement, the Arab region has the highest water insecurity and dependency on food imports on the planet. Climate change is exacerbating these challenges.

With the most vulnerable people bearing the brunt, climate change has the potential to derail decades of hard-won human development. Ultimately, climate change could drive an additional 100 million people into poverty by 2030.

How can we tackle the daunting task of protecting people and planet in the face of erratic weather patterns and rising sea levels?

The tools and technologies already exist. We need immediate and urgent action to mainstream, scale up and accelerate climate change adaptation across the globe. Partnerships are critical to deliver climate action on the ground – in particular, ensuring access to technologies and practices for the most vulnerable to adapt to the changing climate. Partners, like the Climate Technology Centre & Network (CTCN), are important in facilitating technology solutions and capacities for countries to shift to low-carbon, climate-resilient pathways.

Climate change impacts every aspect of our lives. It threatens our food security, water supply, health, economy and overall safety. As a result, we cannot tackle it by taking a siloed approach.

Reducing carbon emissions, adapting to climate change impacts and boosting sustainable development must be delivered together if we’re to achieve our vision of a resilient, sustainable and low-carbon future.

A project aimed at mitigating climate change is a lost investment if it doesn’t consider adaptation measures to current and future climate stresses as well as the effects climate change has on human development.

On the other hand, a project helping communities cope with climate change impacts may actually increase carbon emissions if mitigation principles are not taken into account.

Take, for example, a UNDP-supported project in Mali funded by the Global Environment Facility (GEF). Shorter rainy seasons and prolonged droughts have led to declines in crop yields, putting pressure on women to support their families with alternative incomes.

Training women in sustainable agriculture and land management, constructing a solar-powered well, and introducing a mill running on solar energy not only improved food security in the community, but also contributed to additional income for the women.

The integrated project approach resulted in benefits reaching across the Sustainable Development Goals, from poverty reduction and gender equality to clean energy and climate action. It’s a win-win-win across mitigation, adaptation and sustainable development.

Countries and communities need to be at the heart of adaptation programmes and projects to ensure their success and sustainability. By involving governments, communities and other relevant stakeholders in all stages of adaptation planning, from risk assessment to project design to implementation, we can provide tailored solutions to communities’ individual challenges and boost community ownership.

In Sri Lanka, community consultations and involvement have led to a unique approach that is bringing water to the country’s dry zone. A UNDP-supported project financed by the Green Climate Fund (GCF) is helping farmers to cope with the adverse effects of climate change by reviving an ancient cascade system of water tanks.

Collecting and redistributing every single drop of rain the land receives for drinking water and irrigation makes a huge difference for the local population. Paired with trainings on climate-smart farming and improvements to the hydrological forecasting system, the community is better prepared for the next drought.

CTCN has an adaptation project in Sri Lanka, where it is assisting in establishing Kurunegala as a climate-smart city. Most urban systems in Kurunegala, which is located in the country’s North Western Province, are vulnerable to the impacts of climate change and this project will help to enhance climate resilience and low-carbon pathways for the city.

According to UN Environment’s 2016 Adaptation Finance Gap Report, adapting to climate change risks will cost the world between $140 and $300 billion per year by 2030. Currently, adaptation finance is estimated at about $22 billion per year.

Bridging this massive funding gap will require significant private-sector investment and engagement. But how can we unlock it?

There are many reasons for the current lack of private investment – from insufficient knowledge about climate risks to limited technical capacity to regulatory obstacles.

In the Maldives, a GEF-funded project helped to do just that. With an average height of less than two metres above sea level, the Maldives are one of the most vulnerable countries to climate change.

As tourism is the main driver of the island nation’s economy, the UNDP-supported project helped to conduct risk assessments and integrate climate change adaptation into policy and planning instruments for the tourism sector. With the nation now better prepared for climate-related shocks, the initiative boosted new investment partnerships between the Government of Maldives and tourism resorts.

Innovation is key to cope with climate change impacts. At a local level, communities are responding to climate stresses in innovative ways. Replicating successful solutions in other parts of a country or region can save valuable time and money.

By setting up pilot projects and carefully monitoring their results, insights and best practices can be fed into policy processes, helping to scale up successful approaches.

After the country’s National Adaptation Plan of Action provided the framework to develop early-warning systems, a successful pilot in seven disaster-prone districts helped to feed disaster risk reduction insights into policies and planning processes at all levels of government. A GCF-financedproject supported by UNDP is now building upon this foundation to expand its reach nationwide, with about three million people benefiting from it.

Protecting our people and planet from the devastating effects of climate change requires a new kind of preparedness. We need to assess and identify climate risks, build technical, financial and institutional capacities, create climate-resilient policies and economies, and integrate climate action with sustainable development.

Making this a reality requires large amounts of funding from the public and private sector. The longer we wait to scale up these investments, the more expensive climate action will get.

Since 2008, UNDP has mobilised $1.2 billion from vertical funds and bilateral donors and leveraged an additional $3.1 billion from public and private partners via co-financing to implement 220 adaptation projects across 93 countries. These projects have directly increased the resilience of the lives and livelihoods of more than 80 million people. By supporting the national adaptation planning process, UNDP has helped over 75 countries integrate climate risks into policies, strategies, plans and budgets at national and local level.

Going forward, we have big plans to increase global ambition. With our ‘Climate Promise’, we aim to support 100 countries in enhancing their national climate pledges under the Paris Agreement – the Nationally Determined Contributions – by 2020, focusing on both mitigation and adaptation. By 2022, we will help over 150 million people adapt to climate change. By doing so, we will help them benefit from increased safety, wellbeing, food and water security, resilient livelihoods, and enhanced ecosystem services.