From 0 to 15GW by 2030: Four Reasons Why Taiwan is the Offshore Wind Market in Asia 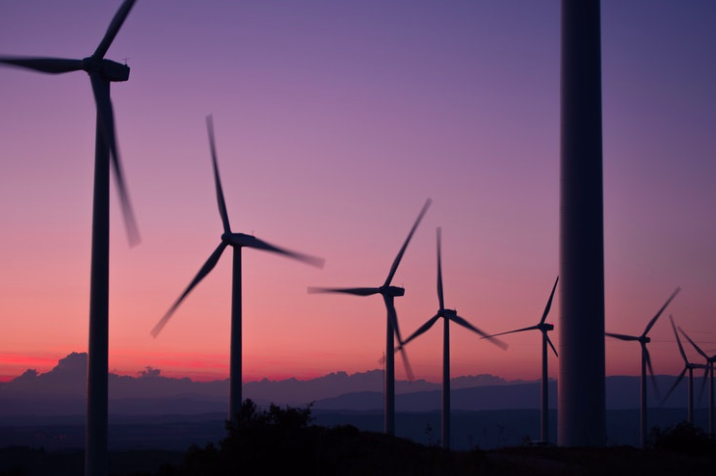 After Taiwan’s President Tsai Ing-wen’s re-election on Saturday 11 January, we are more confident than ever that Taiwan will continue to be a leader in the energy transition, both in Asia and globally. Three years ago, Taiwan started to transform its energy policies under a clear vision for a clean energy future from the DPP government which has powered the impressive offshore wind growth we have seen in the region and contributed to stronger energy security. With the continuation of the DPP government in office, along with their commitment to offshore wind as shown with the updated offshore target of an additional 10 GW between 2026-2036 announced in November 2019, it is clear that Taiwan will continue rapidly down the path of their clean energy future.

If you are not convinced that Taiwan is the most attractive offshore wind market in Asia, here are four main reasons why.

The Taiwanese government has high ambitions for offshore wind in its energy mix – the goal was doubled from its previously stated plans in the next stage of its offshore wind build-out. This will bring the country’s overall capacity to 15.5GW in 2035, up from the 5.5GW in development by 2025. Because of this ambition, Taiwan has become the most sought after destination for the world’s top offshore wind developers as they seek a foothold in Asia.

By the end of the four year term of the recently elected DPP government, 5.5GW of offshore wind would have been installed, providing a fully established supply chain anchored by local companies, a steady workforce and a robust offshore industry that could continue to thrive if any major policy changes were to occur.

In addition to their huge ambitions, the Taiwanese government showed that they were not just all bark and no bite as they were able to implement policies to ensure the clean energy targets were effectively met, creating certainty and stability for the offshore industry.

For instance, the selection and auction rounds of allocating capacity were done properly with structures and processes that resulted in all 5.7 GW of project allocated. Parameters and requirements are in the midst of being defined for what is being described as ‘Round 3’ development in Taiwan. Their consistent target of 1 GW per year showed that the Taiwanese government truly understands how to create an effective market for renewable energy and they have taken on an active lead in establishing a sustainable local supply chain to secure its future, thus ensuring that Taiwanese society is able to fully reap the benefits of this new industry.

Taiwan’s determination and stability offered by its supportive policies has proved that the region is ready to be an energy transition leader in Asia.

National protectionism is no secret when it comes to doing business in Asian markets. Although China is home to the biggest offshore market in Asia, the market is almost impenetrable for international offshore developers, with only rare cases existing for offshore developers to collaborate with their Chinese partners. These cases are mainly reserved for the big energy or electricity players who have a long-established business tie with the Chinese oil, gas and/or nuclear industry, or are global offshore industry leaders from whom the Chinese want to learn. In Korea, offshore developers must enter into a joint venture with a Korean company who takes the majority share. Japan is known for its many strong local companies that develop strategies to compete hard against new entrants which have caused some big international players finding it hard to succeed in Japan.

Taiwan, on the other hand, has sent a clear and unambiguous signal to the world: that Taiwan remains very much open for international business. This commitment to open markets has attracted seven active international offshore developers in Taiwan, with many having set up Asia headquarters in Taipei.

By placing itself in a strong position to become a supply and expertise hub for the budding Asia offshore wind market, Taiwan has drawn lessons from the expertise and experience of pioneering European markets. Taiwan is believed to hold the potential to become the “UK”, one of the most open offshore markets in the world and leader of the global offshore market, of Asia in the next decade, building up an open market for a healthy offshore industry that will ultimately benefit the local economy.

Taiwan is on the brink of embarking on an ambitious reform in its electricity sector. The amendment to the Electricity Act was passed on 11 January 2018, which allows direct purchase of green energy, or corporate Power Purchase Agreements (PPA) of renewable energy, to consumers. It also contains a second stage over the next six to nine years to transform Taipower, separating the power generation, transmission, and distribution functions of the entity to further open up the power sector for private investment.

The opening up of corporate PPAs for renewable energy projects is significant to clean energy development, as they provide an alternative financing mechanism to the Feed in Tariff (FiT). The government again has been extremely strong in the implementation of this policy to guarantee the long-term success of corporate PPAs. For example, if any corporate PPA is signed short of 20 years, the difference between the end year and 20 years can be covered by Taiwan Power Company through a government FiT. In January 2019, a significant milestone was achieved when Google signed a long-term PPA for the purchase of power from a 10MW solar project near Tainan City, thereby cementing that the corporate PPA market is ready for business in Taiwan.

4. Project financing is less of a challenge for Taiwan than other Asian countries

Massive financing for offshore wind farm projects has been lured into Taiwan for its commitment to the development of renewable energy. Unlike many other Asian countries with policies that force project developers to shoulder the high perceived risks and massive upfront capital costs, Taipower has made its 20 year PPA terms bankable according to international standards. The success of the pipeline will create a snowball effect of bringing more and more banks into Taiwan who realises the viability of funding offshore wind projects for many years to come.

All in all, the four points mentioned above: size and stability, market openness, evolving electricity and corporate PPA market, as well as project financing ease, are the key reasons for us to believe that Taiwan is the most attractive offshore market in East Asia. If you want to get more first-hand information about Taiwan offshore development and the upcoming round 3 auction, join us in April at the Global Offshore Wind Summit – Taiwan 2020!