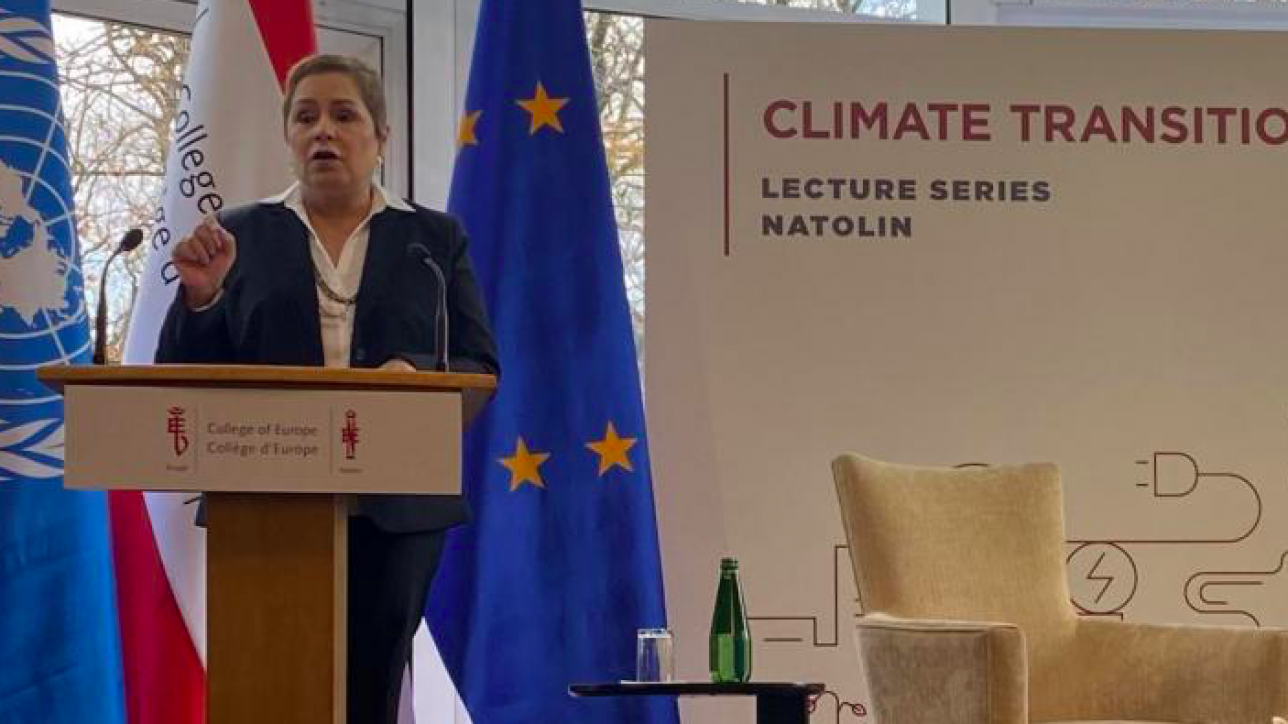 In an address to the mainly young audience at the College of Europe, Warsaw Campus, UN Climate Change Executive Secretary, Patricia Espinosa, called for a truly collective response to climate change, which she described as the main struggle of the present generation, and a struggle that affects all future generations.

Ms. Espinosa said the optimism and sense of common purpose that in the early 90’s led to the creation of the United Nations Framework Convention on Climate Change (UNFCCC), and subsequently the 1997 Kyoto Protocol and the 2015 Paris Agreement, have never been more important than today given the current climate crisis. She added:

“Climate change doesn’t care if we’re left wing, right wing, or in the centre. It doesn’t care who is prime minister of what country, whether you were born in this generation or the last, what your race is, or how much money you make. It’s coming all the same. It’s already here. And it’s a global emergency.”

The UN’s top climate official pointed out that 2020 is the year that countries need to submit new or revised national climate action plans, which are only submitteed every five years. This makes 2020 highly significant in terms of concrete action. She said:

“2020 must be the year we collectively show—through concrete action—that we are truly committed to build a healthier, safer, more sustainable and resilient future for all people.”

Speaking of the immense damage to the planet, business and the economy due to a decade-long rise in natural catastrophes with direct links to climate change, she stressed:

“We need to slash emissions as soon as possible. At the very least, we must be carbon neutral by 2050. There is no separate path, there is no alternate universe. This is what we must do.”

Patricia Espinosa called on all segments of society to work together to reach the goals of the Paris Agreement and she cited some reasons to be optimistic, including the recent major pledges of climate action from business and industry leaders, as well as announcements from some governments of enhanced climate action plans.

Acknowledging the immense power of youth to take up this great generational challenge, Ms. Espinosa concluded by urging the young people in the audience to get involved in driving the transformational change needed to fight climate change.

“My message to you is simple: Don’t wait for change to happen—help drive it. Governments see this influence. Youth are changing the parameters of the discussion and legislation in some nations already reflects it. Keep that momentum going.”

Patricia Espinosa called on young people to influence not only only governments, but usinesses as well, making use of their purchasing power to support  companies with climate-friendly policies. “One of the strongest tools at your disposal to create change—your money—is likely sitting in your pocket”,  she said.