State of the Climate report released by UN and WMO chiefs 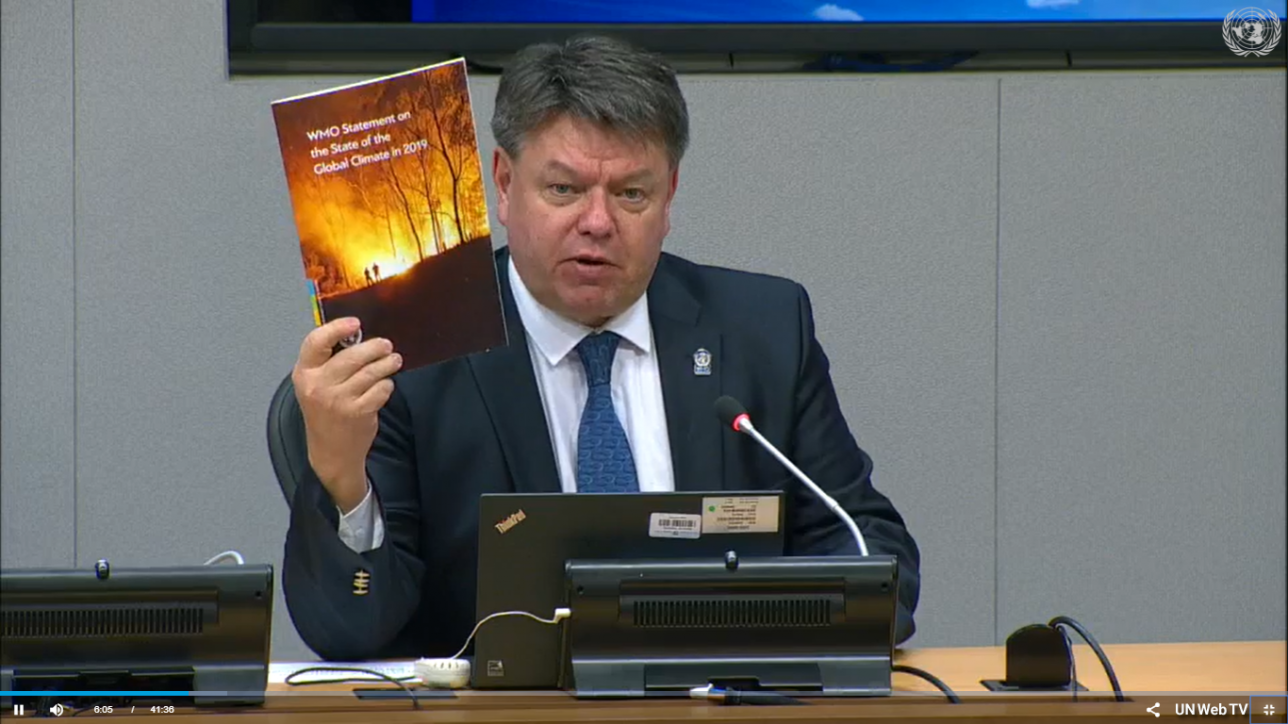 The year 2020 will be pivotal for climate action if the world is to control ever worsening impacts and indicators of climate change before it is too late, according to United Nations Secretary-General António Guterres as he launched WMO’s Statement on the State of the Global Climate.

“Greenhouse gas concentrations are at the highest levels in 3 million years – when the Earth’s temperature was as much as 3 degrees hotter and sea levels some 15 metres higher,” said Mr Guterres.

“We count the cost in human lives and livelihoods as droughts, wildfires, floods and extreme storms take their deadly toll,” Mr Guterres said at a joint press conference with WMO Secretary-General Petteri Taalas at UN headquarters in New York.

The Statement on the State of the Climate in 2019 highlighted the tell-tale physical signs of climate change such as increasing land and ocean heat, accelerating sea level rise and melting ice, as well as the impacts of weather and climate events on socio-economic development, human health, migration and displacement, food security and land and marine ecosystems. 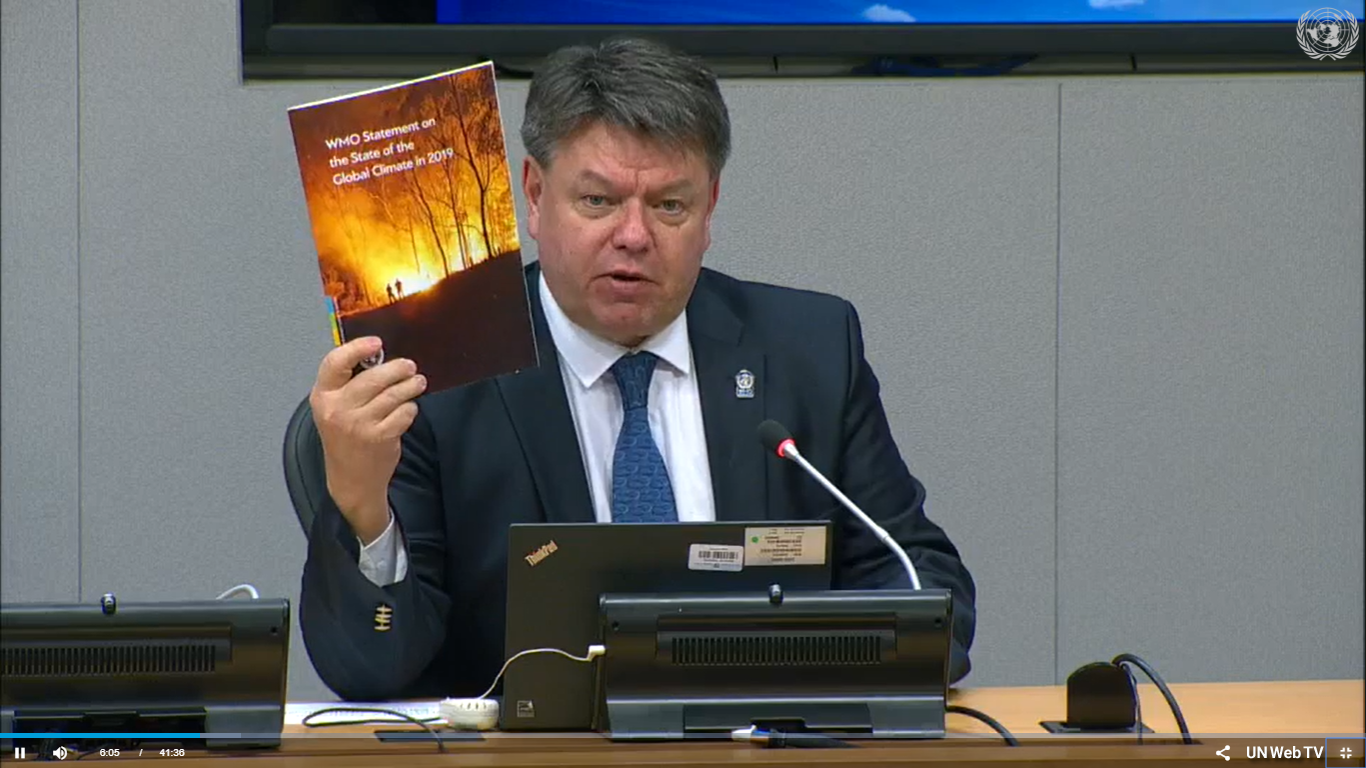 At the press conference, Mr Taalas said that carbon dioxide levels at Mauna Loa in Hawaii – the benchmark observatory in WMO’s Global Atmosphere Watch network – had once again reached a new peak in January and February 2020.

A recent decadal forecast by the UK’s Met Office indicates that a new annual global temperature record is likely in the next five years. Global temperature 2020-2024 is expected to be between 1.06°C and 1.62°C above 1850–1900, with a roughly 10 percent chance of one year temporarily exceeding 1.5°C, he said.

Mr Taalas highlighted the socio-economic impacts highlighted by the WMO report. He also discussed these during a series of meetings in New York with top UN officials including the heads of the UN Development Programme and UNICEF.

“We have to aim high at the next climate conference in Glasgow in November,” said Mr Guterres.

“We need all countries to demonstrate that we can achieve emissions reductions of 45 per cent from 2010 levels this decade, and that we will reach net-zero emissions by mid-century. We know this is the only way to limit global heating to 1.5 degrees Celsius,” he said.

“In Glasgow, success will depend on countries, the private sector and civil society demonstrating that they are taking significant steps to raise ambition on mitigation, adaptation and finance,” he said.

So far, 70 countries have announced that they are committed to carbon neutrality by 2050. Many other constituencies are doing the same, such as cities, banks and businesses. But this still only represents less than a quarter of global emissions, said the UN chief.

He called for greater priority to initiatives and investment to help communities and nations adapt to climate disruption and build resilience.

“By COP26, developed countries must deliver on their commitment to mobilize 100 billion dollars a year by 2020. Investments in renewables and green technologies must increase. We need to end the vast and wasteful subsidies for fossil fuels, which actually increased last year,” he said.

“Ultimately, COP 26 needs to demonstrate that the world is moving quickly in the right direction.”